Isn’t this an awesome idea for marketing coffee? It’s nearly as good as the trash can marketing that was done in New Zealand. A cup of Folgers coffee was printed on vinyl and placed on top of steaming New York City manhole covers. Holes cut out of the vinyl let steam rise through. Headline around cup reads “Hey, City That Never Sleeps. Wake up.” Great idea. 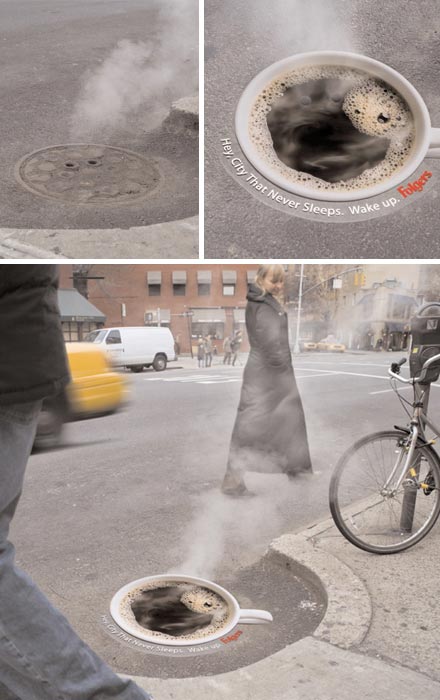