Something I ponder nearly every time I enter a restaurant, coffee shop, or even a mom-and-pop store, is whether they’re actually earning a profit. 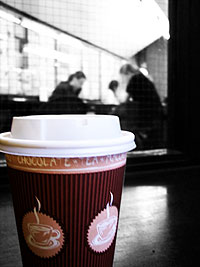 Because we have so many brand new coffee shops in this state, and most of them are run by new owners, I often doubt whether they are a financial success. It takes a rather large number of daily customers to make ends meet, and often years to build that kind of traffic.

A few questions: If you run a successful coffee house, what would you say is the #1 thing you did to earn a profit?

Is location more important than anything?

Please don’t name names, unless you are the owner. I’m wanting this to be more of an open conversation about what works and what doesn’t work, and whether you think most coffee shops make a profit.

Have a great weekend!