I decided to go for a latte. We were short on time so we all ordered cups to-go (and then we ended up staying). The latte I had was absolutely stunning. There is no comparison to anything that is produced locally. The milk was frothed to a point where the drink had an intensely light feel, and the espresso was very good. No noticeable bitter taste at all. Ritual does have a roaster in house, which they use for some of their specialty coffee. The other coffee comes from Barefoot in Portland. Although that’s up for debate.

In a number of ways though, I found my particular visit to be disturbing. The slogan on the door reads “We Take Coffee Seriously, Not Ourselves” and only the first part is true. They are 100% snobs and not in a good way. They reacted strongly when I took a few photos. I think it was because I was taking photos of my companions, and they didn’t know I was with them. Later, after we had been there for a good 20 minutes, one of the staff even took my picture with his cell phone (he did not succeed in doing it subtly, as he obviously tried). Odd. 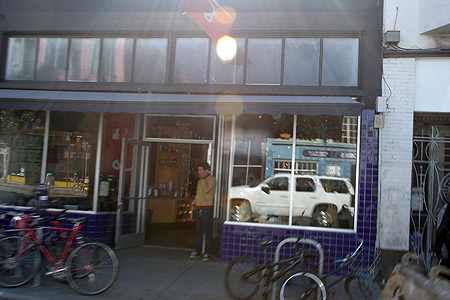 I wouldn’t choose to hang out there. I even got a bad vibe from the customers. It just felt weird and a few of my companions from the Viddler team felt the same way. How strange it was, too, because I had higher expectations. Maybe it’s a San Francisco thing. 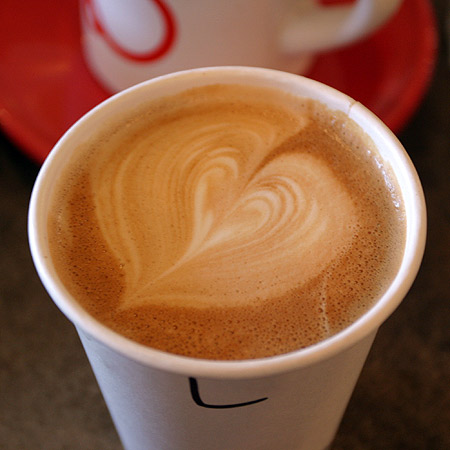 But the coffee was very good. I can’t stress that enough. 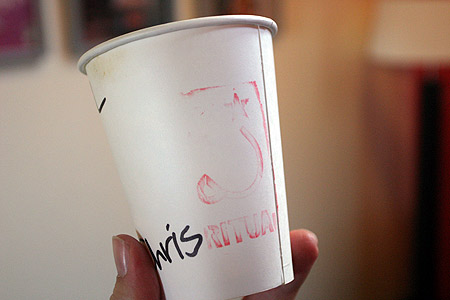 They have the simplest of cups. They stamp their logo on the cups, which looks cool. 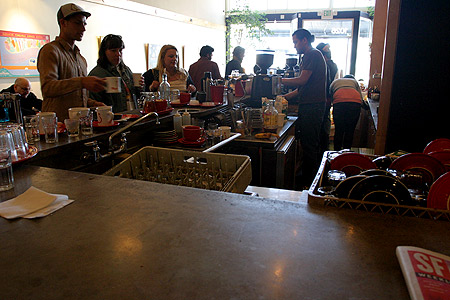 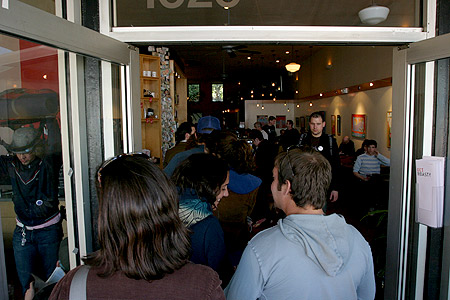 The long line stretched out the door. 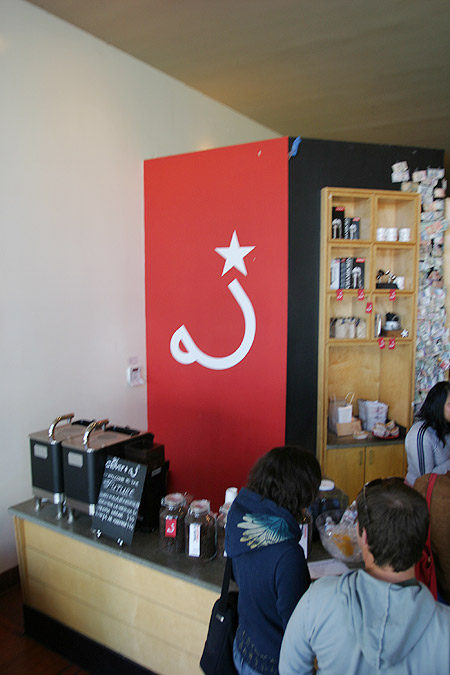 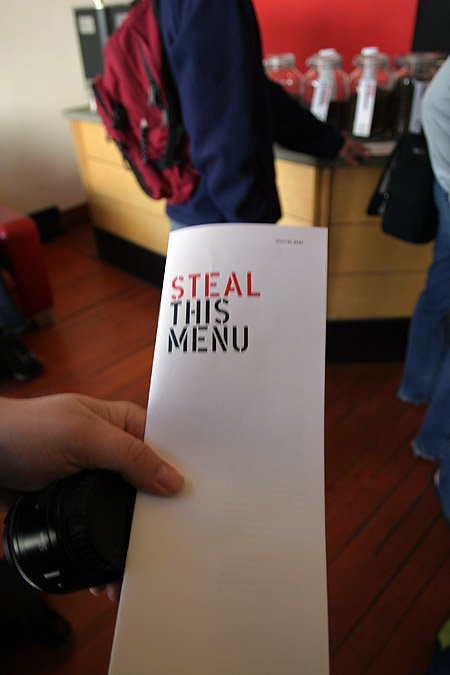 They have a menu of sorts, which lists all of the coffee beans they sell. 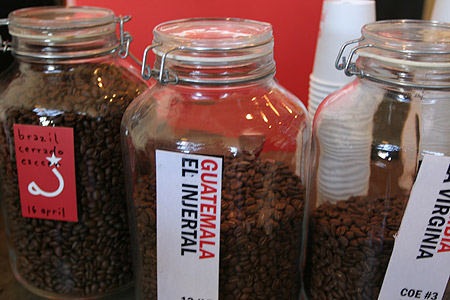 All of the coffees are stored in glass jars. 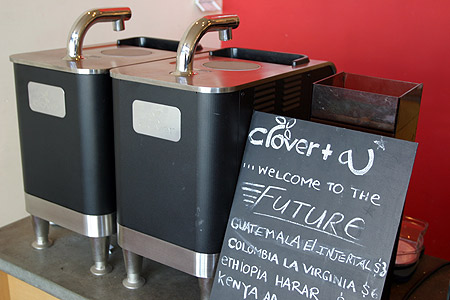 They have two clovers. I didn’t see anybody use them. 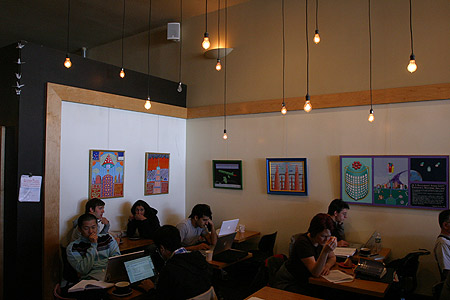 Laptops were everywhere (free internet access). I’d wager half of the people there were using a laptop. Maybe more.

As you can see from this blurry photo of Rob’s latte, the foam is very well done and covers much more than the very top of the drink. It’s really good. 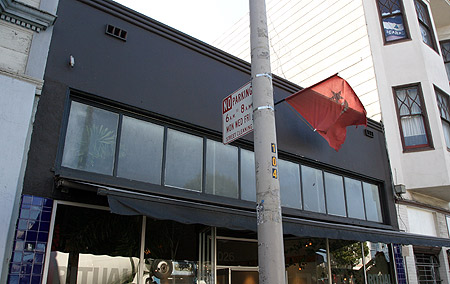 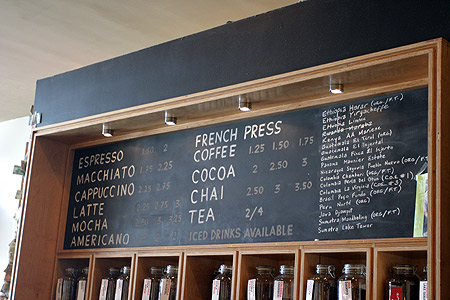 The menu board is simple, and they don’t have flavors. So making a decision is super easy. 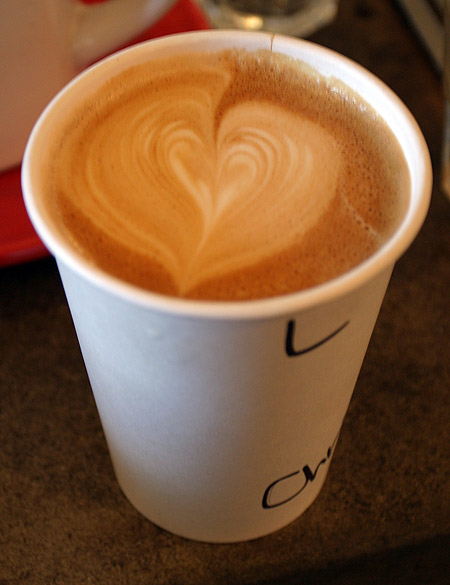 All of the bad vibes aside, Ritual is a really great coffee house. The main take away is that they do focus on quality coffee beverages and have a very loyal following. A lot of times we see coffee houses cut quality ingredients in order to cut costs. Cutting corners doesn’t work well, unless you have a high traffic location with new customers every day (like an airport). I understand they have a second location in the works, so congratulations to them for expanding.