Reader and barista Chris Babbie from Tucson recently visited the Cafe Sierra in Sierra Vista and sent in some photos and information about the place.

Before you stop and think nothing is happening in Sierra Vista, you should know that this shop was in Fresh Cup magazine in February. The article doesn’t really talk about the coffee, but more about the realities of building a coffee shop inside a library. 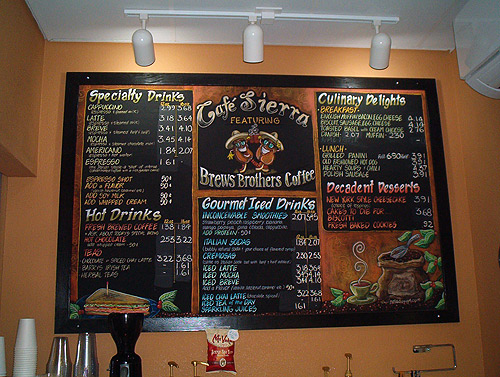 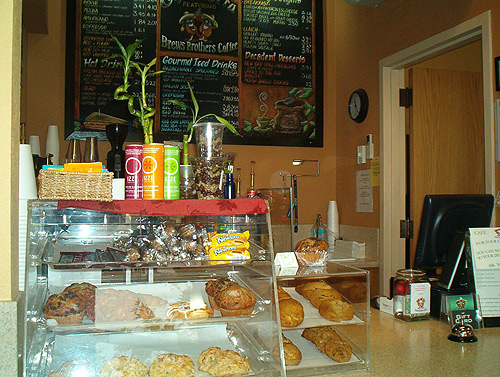 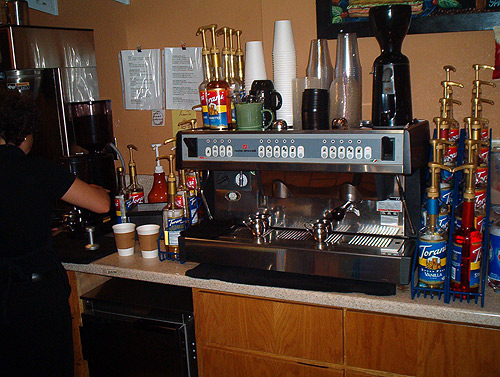 Located inside the Sierra Vista Public Library, the coffee shop has reportedly increased book circulation by 15% (according to the Fresh Cup article, at least).

Chris Babbie (also known as Psyd on this site) had the following comments:

The espresso machine is a Nuovo Simonelli MAC 2000, pre-cursor to the little brother (Premier Maxi) to the new USBC machines (Aurelias), and the grinder is an NS MDX. The little grinder *on top of the cup warmer* is an NS Grinta, and I’m guessing that that is their de-caf grinder.

Thanks for sending in the photos, Psyd! 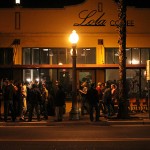 Lola Coffee at Gold Spot Previous
Equipment For Sale Next