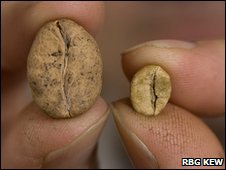 Seven wild coffee species also feature on the list of new species, most of which were discovered in the mountains of northern Madagascar.

Two of the plants – Coffea ambongensis and Coffea boinensis – have the largest seeds of any coffee species, whose “beans” are more than twice the size of Arabica coffee (Coffea arabica), the main species used in commercial coffee production. 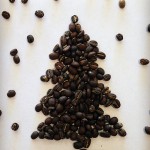