Lola Coffee plans a 2nd location in the downtown Phoenix area. Daniel Wayne tells Chow Bella that the old Calabria Italian Deli space in the Gold Spot building (Roosevelt and 3rd Ave.) will be the home of their baking and roasting operations. They have plans to be open by mid-December. Pita Jungle is moving into the same building. Read the details at Chow Bella and view a photo of the building at Downtown Phoenix Journal.

Royal At The Market opens at Phoenix Public Market

Royal Coffee Bar has opened their second location. It’s called Royal At The Market and is near Pierce and First Street. You can read about it in Chow Bella.

Yet another shop downtown… Giant Coffee

Matt and Erenia Pool of Matt’s Big Breakfast are opening a coffee shop on 1st Street south of McDowell. The new shop is called Giant Coffee. Chow Bella has a photo and more details about the shop planned for opening in October.

Yesterday I visited Cartel Coffee Lab. They added a bunch of new tables in the back by the roaster. The new tables have electrical outlets built into them. And since the weather has been nice they’ve been opening the garage door in the back to let fresh air in. Definitely a sweet place to work. 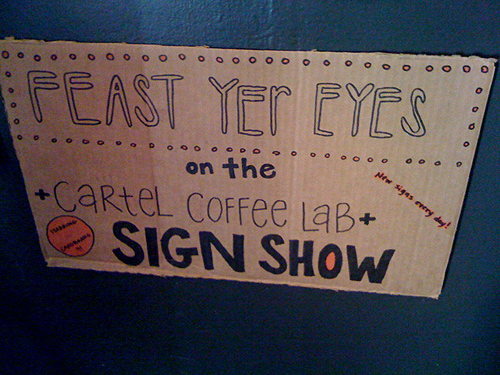 Check out the cardboard signs at Cartel next time you visit. 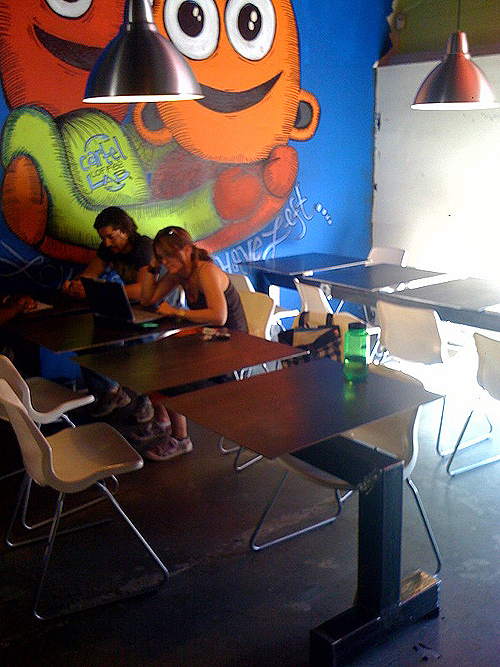 Lots of new places to sit. 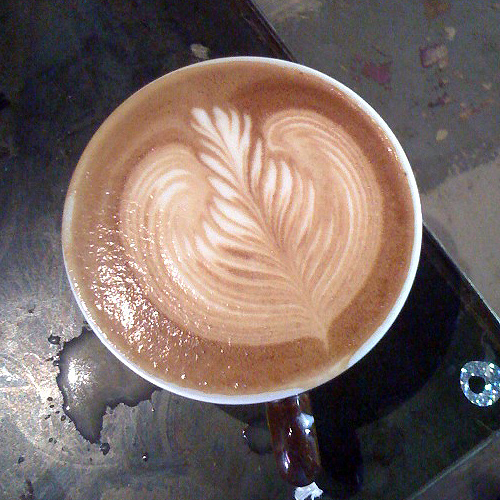 My cappuccino from Cartel.

This Saturday in Phoenix: Baristas get together to learn,... Previous
Posse Grounds opening this November in Oak Creek Next 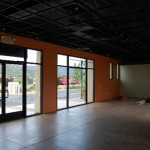