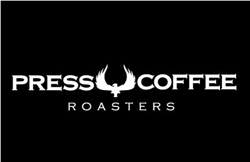 Press Coffee at CityNorth opened two years ago today, on November 13, 2008. The shop has since then garnered praise around the state. They’ve even opened an independent roasting operation and roast their own coffee.

Now, they’re preparing to open a second location with a soft-launch planned for Sunday, November 14th. They made a general announcement (Facebook sign in required) about the opening on Facebook, saying that their official “grand opening will be announced very soon!”

The new location is at Scottsdale Quarter, near shops like the Apple Store, Nike, and True Foods.

Update: The soft-opening has apparently been postponed until Wednesday.