A Visit to Dutch Bros. 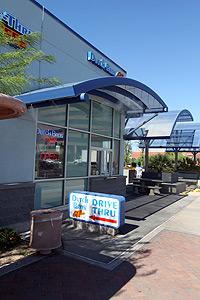 A few months ago I had the pleasure of sitting down with Jim L. Thompson, the franchisee for Dutch Bros. in Arizona. They currently have six locations in Arizona and Jim tells me they’re planning to open at least twenty over the next several years, with the next one planned for Tempe possibly in 2011.

I asked Jim how much of the coffee company’s culture he developed and how much is dictated from above (the Dutch Bros. franchise has 154 locations and is headquartered in Oregon). I wondered if the friendliness of the baristas was a local thing, or something they do company wide — it’s company wide. I wrote about this last year, in a post called The Dutch Brothers Secret. 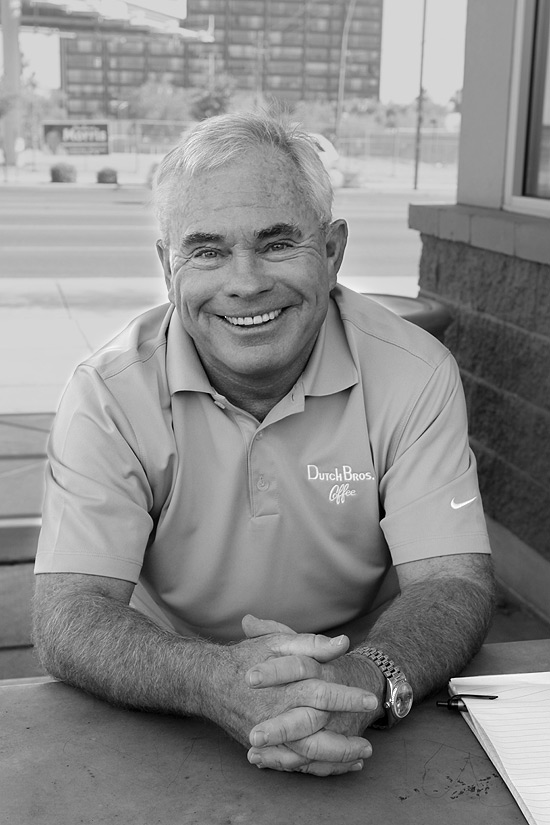 Locally, they’re doing some interesting marketing. They have many thousands of customers signed up to receive coupons and special offers by email, text, and by social media. And they make liberal use of their punch cards that give customers their 11th drink free.

I asked Jim how many customers go through the drive thru every day. We were at the Central / Camelback location and he said they sell 450 – 500 drinks a day on average.

He said in the summer months 80% of the drinks they sell are iced / blended (he said that number flips in the winter time). Just an interesting factoid.

I asked Jim if he has ever considered opening a coffee shop that has indoor seating and he hinted at possibly opening a Scottsdale store with both indoor and outdoor. It sounds like the drive-thru concept is where they are focusing, though. I have some video I took with Jim, and I’ll try to release it at a later date.

They are quite active on Twitter at @DutchBrosAZ and Facebook, and often publish coupons. In fact, sometimes I think that’s all that they publish.

I thought it was an interesting take on coffee in Arizona. Dutch Bros. clearly markets to a different customer than most of you readers here on Arizona Coffee. I think it’s just an interesting segment of the market and I’m guessing few of you knew just how well they were doing, or how much they plan to expand. 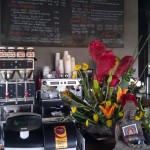 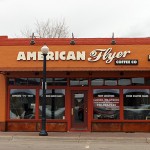