Cartel to start serving beers in March, and opening a slow-coffee-bar in January (Tempe only, for now)

There is an interview with Cartel Coffee Lab owner Jason Silberschlag in the Arizona Republic, and it details their expansion into brewing beer.

Silberschlag said his first two beers, an IPA and Amber-style ale, are on track to be brewed and sold to customers at his Tempe location by next March. The beer will eventually be sold at Cartel’s Scottsdale and Tucson shops as well. Initial production is slated to be 600 gallons a month, he said.

In addition to the microbrewery, the expansion will include a second coffee-bar area developed around what he called a “slow bar” concept. The menu will consist of a few select coffee beverages served only in for-here cups by a barista who will chat and interact with customers in a more relaxed environment where customers can sit, linger and enjoy their coffee. The plan is for the slow bar to open in January, Silberschlag said.

“It’s designed to be more like a bar experience than the traditional coffee experience,” he said. “We mean for you to come and hang out.”

Creating another reason for patrons to make themselves at home is Silberschlag’s strategy. 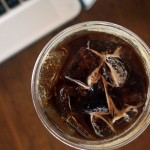 Iced Coffee + Lola Previous
Maybe this is why she sleeps so little? Next 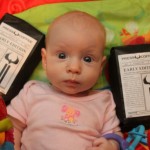