At the SWLAC we had three judges – Todd Welfelt, Ron Cortez, and myself. Before the event began, it was important to ‘calibrate’ the judges so that our scoring was consistent among ourselves, as well as during the course of the event.

Photos of the latte art we judged.

Daniel Suh, of Petite Pour, was the person that walked us through calibration, and I’m beyond impressed with how he did that. 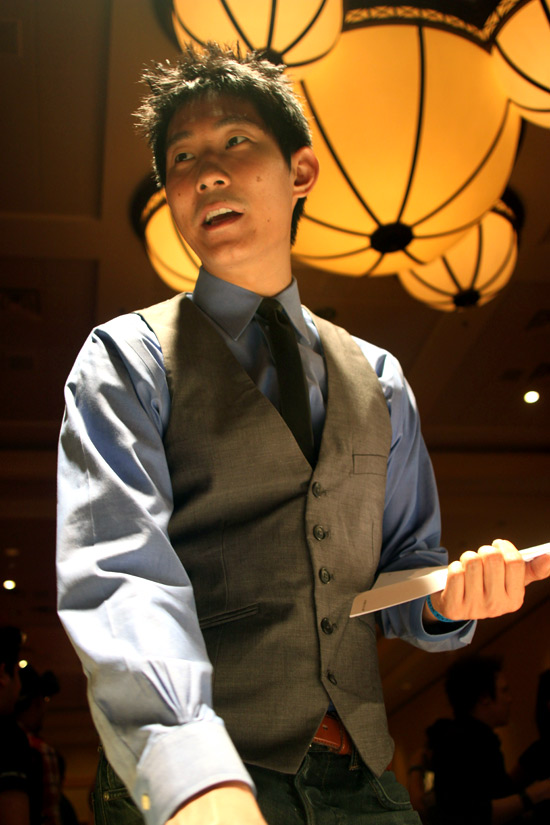 Daniel took the time to show us about 25 or so different drinks (he printed out samples he found online, or photos he had taken). Since we were always judging two drinks at a time, we were asked to vote on the pictures. Some times it was easy — there was a clear winner — but at times it was really tough and we all talked about what made a winning latte art. 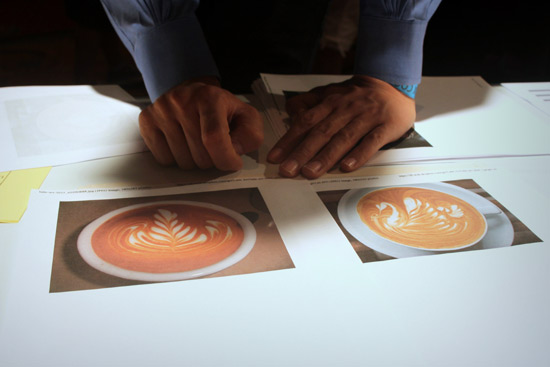 Daniel threw in a few trick-questions. In one case a swan latte art had a little eye etched on it — barely distinguishable — and in the rules for the SWLAC this would have been immediate disqualification. 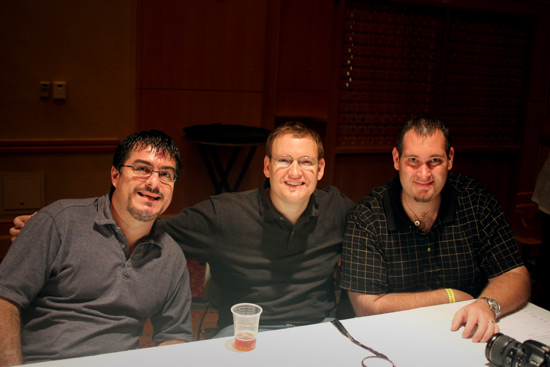 Here are the judges – left to right – Ron Cortez from Cafe Cortez, Chris Tingom from Arizona Coffee, and Todd Welfelt, a coffee purist (as he describes himself).

So back to the point of this post: Daniel Suh knows latte art. He’s got a lot of talent and if I needed to train my staff on latte art skills, I’d hire him. Thanks for making our jobs as judges easier.

"Try to do something about your coffee" Previous
Job: Barista positions open at Press Coffee Roasters Next