If you order a large latte do you expect it to have more espresso than a small or medium? 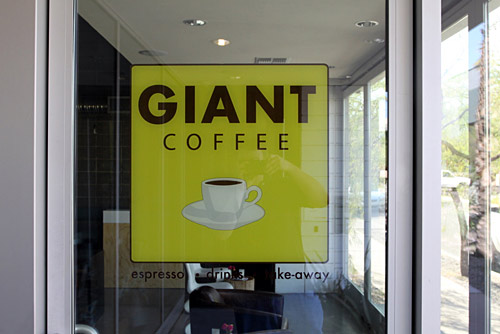 That’s a question I posed to Arizona Coffee readers on Twitter and Facebook last week. It has been suggested that a respected valley coffee shop, Giant Coffee, does just this. Valley photographer Tyson Crosbie posted a review of Giant Coffee on Yelp which says that they serve two shots of espresso in all of their drinks, regardless of size.

In his case, he ordered a large Americano which he assumed would have more espresso than a medium. He asserts that he essentially paid $0.40 for more water.

I asked Tyson about his experience, and he added: “[R]ecently it was so hot outside that I ordered a large iced americano and I was watching them make it when they handed it to me after only putting one pull of espresso in it I mentioned I got a large. They assured me that this is how they do it at Giant, how Matt has it set up. I explained that they were charging more for just putting more water in a glass. Yep, they knew that too. Naturally I only ordered a large because I wanted more coffee that day so I was a little upset so I wrote the Yelp! review. The policy at Giant is to only put one pull of espresso (2 shots) in any drink that is ordered if it’s americano that’s more water, if it’s latte that’s just more milk.”

Now, in Giant’s defense, they’re not the only coffee shop to ever do this (although I don’t know of any other AZ shops doing this). It isn’t unheard of. In doing some searching online, I found several discussions about how much espresso should be in various sized drinks. However, it’s a very interesting question about perceptions and about expectations. Clearly, Tyson had a certain expectation that when he ordered a large drink, it would have more espresso than a small drink.

When I asked about this on Facebook, Austin Baker posted his thoughts: “Yes. It probably should. A large latte and a small latte shouldn’t be two different drinks. The only difference should be the size not the flavor.”

A very big point! The drinks are different!

Tanya Gouchenour added: “Of course! When I was a barista, it was 1, 2, 3 for shots according to sizes S, M, L. (Regardless of whether it was hot or cold.)”

Clearly, the question comes down to customer expectations and flavor profile. Giant Coffee has every right to serve drinks the way they feel is best. But, it is an interesting question.

Arizona Coffee has reached out to Matt Poole, the owner of Giant Coffee, for comment, but has not heard back. I will update this post if I do hear from him. 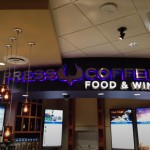 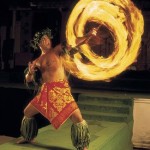