About a month ago I stumbled across the Mental Floss channel on YouTube and watched nearly every video there. It’s a seriously cool channel.

Just the other day, they published a new video called 27 Drinks Made from Coffee. It’s pretty obvious the narrator isn’t that familiar with coffee, but it was fun to watch.

After you’ve watched that, watch this hilarious video about 26 Alcoholic Drinks (the show is hosted by John Green and he’s funny). 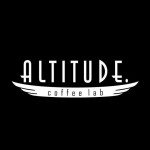