On Saturday morning we packed up the kids and headed to Flagstaff for the weekend. We wanted to see some of the fall colors in the trees. We ended up at the Arizona Snowbowl Lodge and took the lift all the way to the top. They told us to expect sleet and rain. Only five minutes into our ride there’s lightning and thunder all over the mountain and we’re stuck 75 feet in the air for the next 25 minutes. Fun. They wouldn’t let us off at the top because of the lightning, so we went down again without getting off. I’ll tell you, it’s a beautiful view but we were cold and wet from the rain. 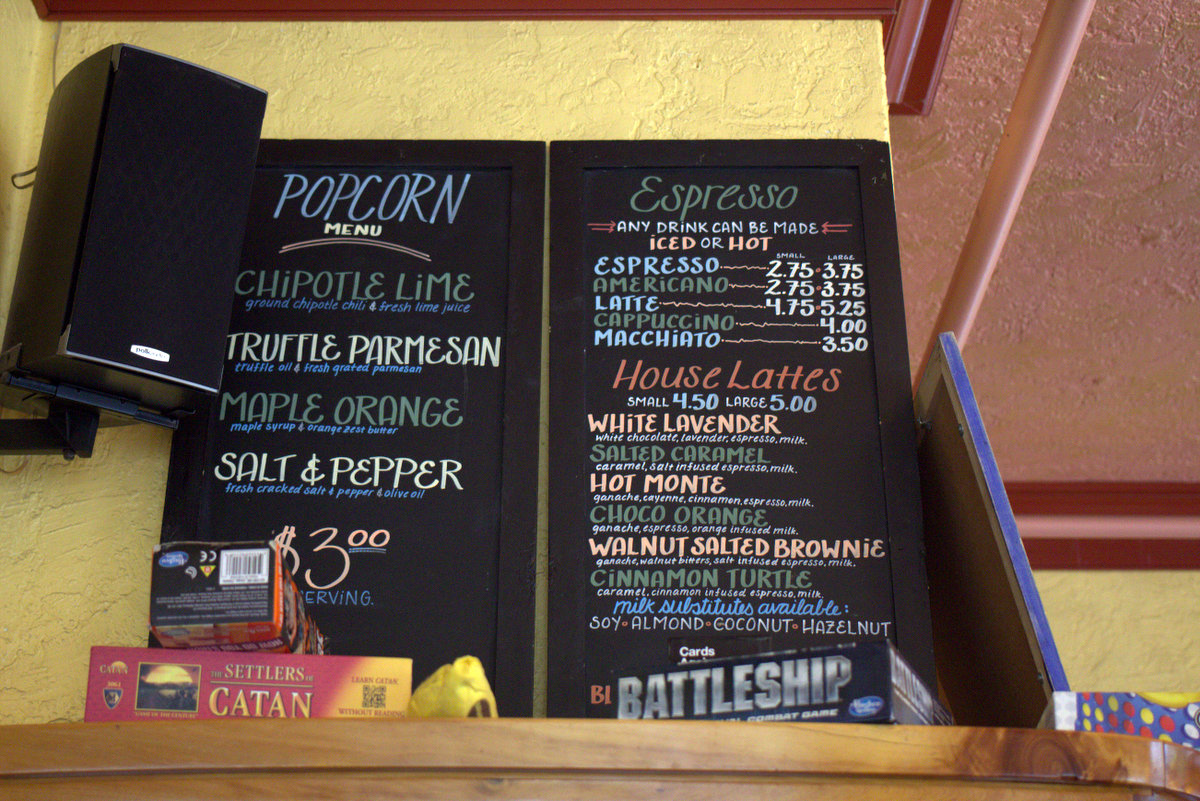 Anyways, after that we drove down the mountain and stopped at Rendezvous Cafe in Flagstaff. Let me tell you: this place is bustling and extremely cool. While it is both a coffee shop and bar, it seemed like half of the people were drinking coffee. 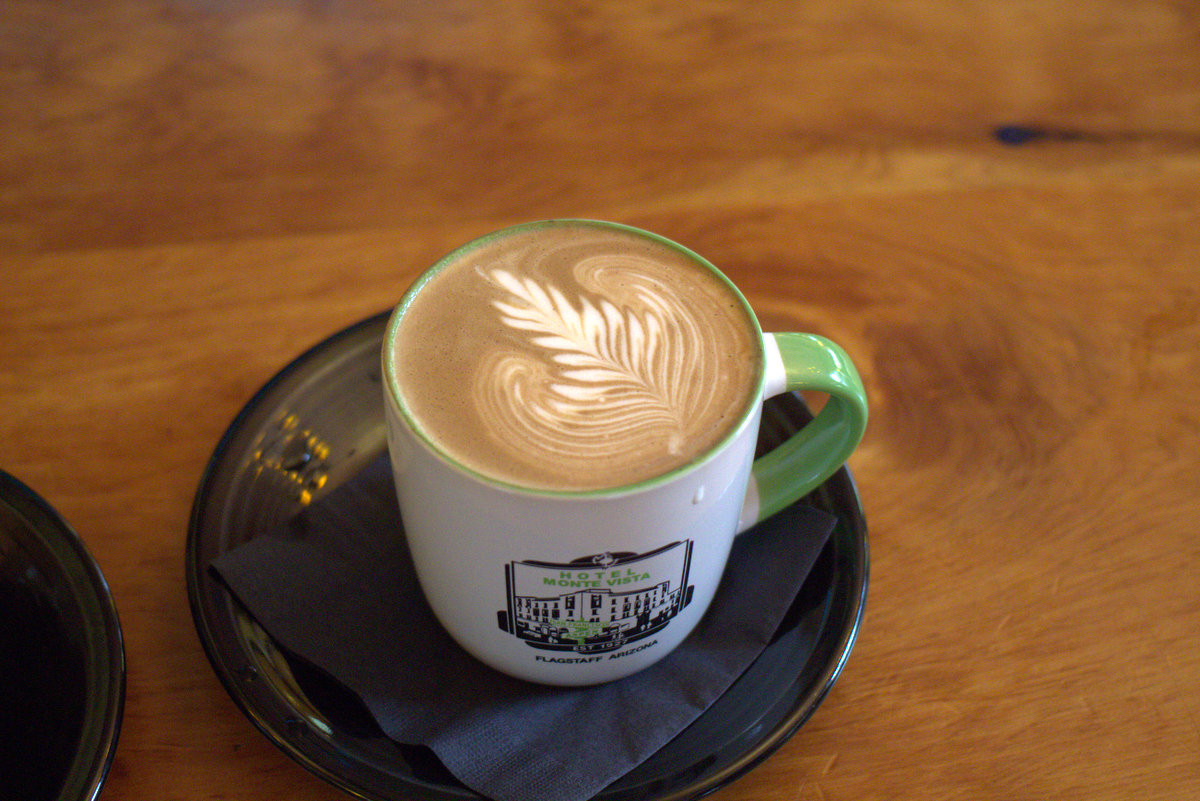 The Rendezvous Cafe is located on the first floor of the Hotel Monte Vista in downtown Flagstaff. They’ve been open since 2007 and they serve Fire Creek Coffee which is roasted in Flagstaff. 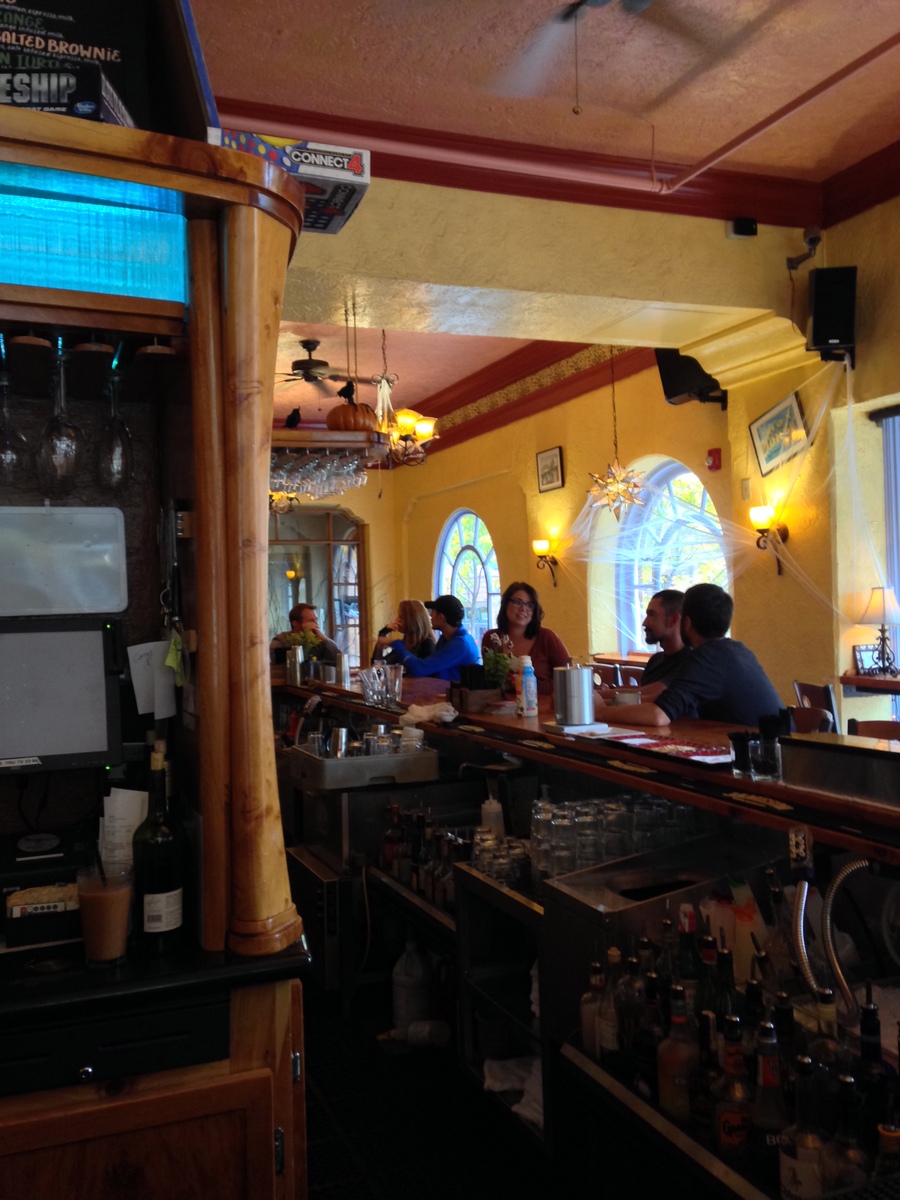 The coffee side is popular and lots of people were drinking coffee. In fact, you can get all kinds of coffee drinks with alcohol — an extremely cool concept. While I was there, one guy ordered a Whiskey Chai.

Anyways, I decided to order a drink called Hot Monte and it was amazing! Basically imagine a mocha with cayenne pepper. It also has ganache, and cinnamon. It was terrific! I love drinks like that which are different. 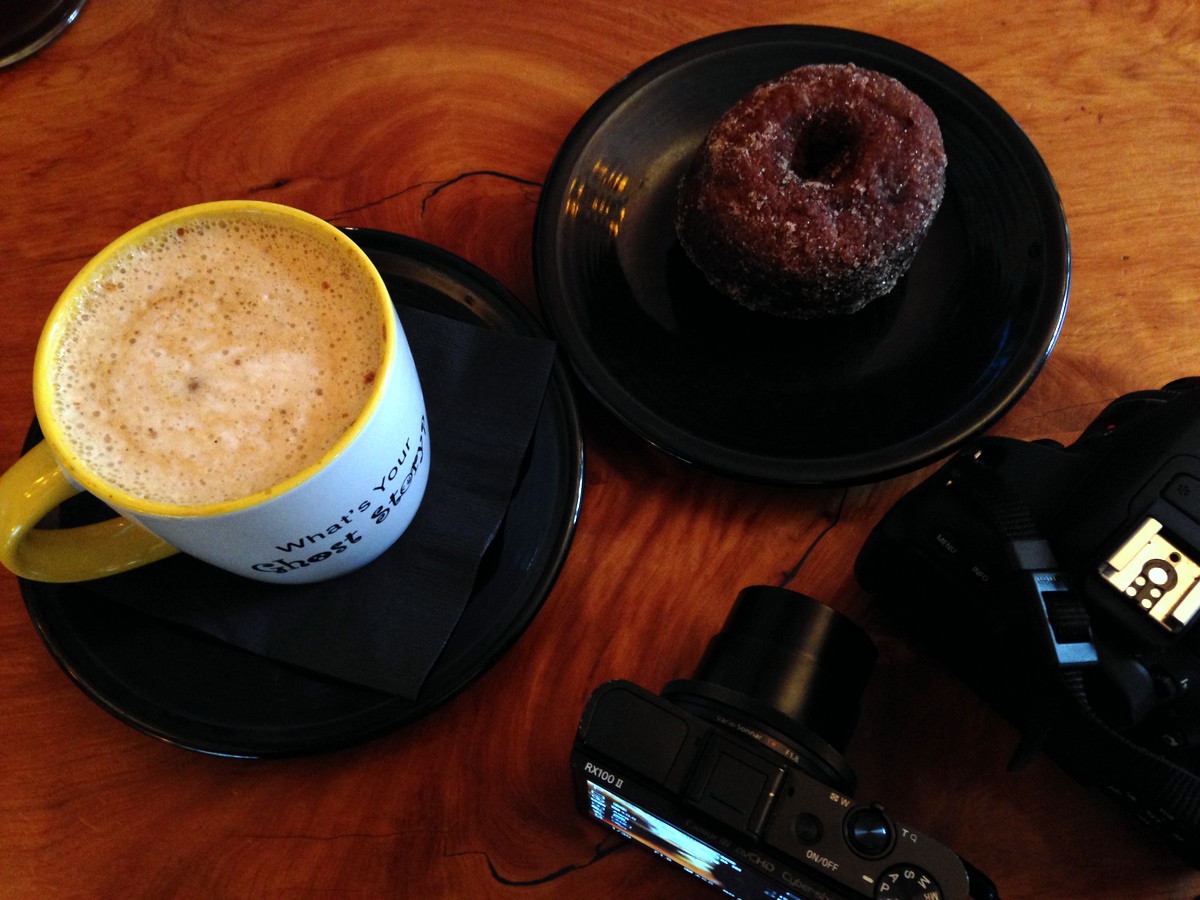 My wife ordered the Cinnamon Turtle Mocha, which had hints of chocolate and caramel.

Rendezvous Cafe has lots of food options, as well. We tried the Orange popcorn which was pretty good. I wanted the Maple and Orange one, but they were out of the maple. We also tried one of their chocolate donuts which seems kind of average.

I’ll add something that’s obvious in the photo of my mocha: they can do fairly good latte art. I watched the baristas prepare drinks for a while and was impressed with their skill. 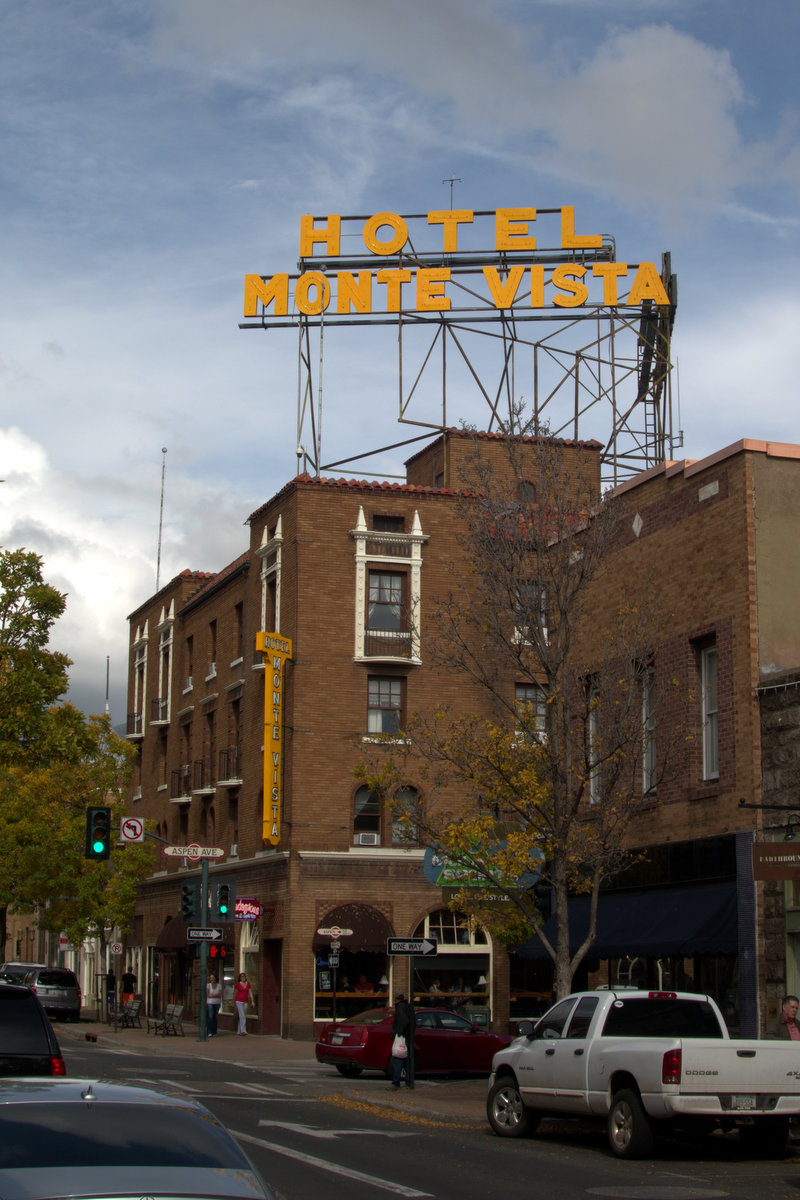 They’re open from 6:30 am until 2 am! So, if you’re looking for a place to study or hang out late at night, it would be perfect. 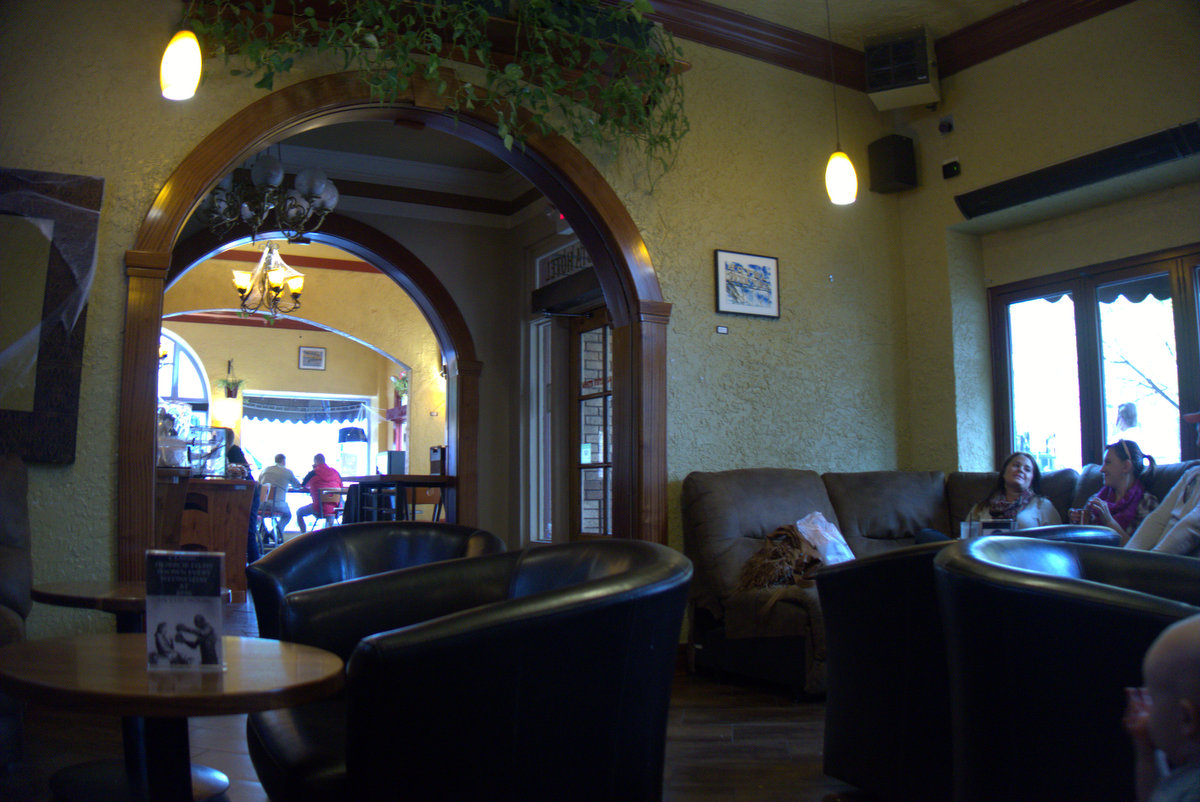 A few other amenities: There’s a lounge with 4 comfortable couches (the big kind like you’d find in a family room). Those face a 70″ to 80″ television that was playing a football game.

Parking is available on the street. Typically it isn’t too hard to find a space to park within a block. At least it’s free parking! 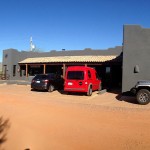 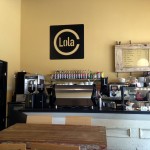